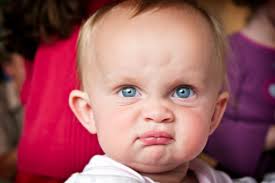 Most friends who respect you as a person will ask lots of questions about why you’ve switched to a vegan lifestyle and either agree with your reasoning or agree to disagree and move on.  But there will always be some that struggle to accept it and can neither brush it aside nor feel satisfied enough to leave it be.

I’ve got several friends who, nearly two years on from my switch to veganism, are still really quite angry about it. Just as I think everyone’s accepted it, you’ll get a sarcastic comment or a mocking glance and realise that some people are still really bothered by it, despite endless attempts to accept it and move on. There are various similarities in their behaviours and attitudes which help explain why certain people are more accepting than others.  What they have in common is that none of them can quite explain what it is that makes them so angry – no amount of logical, well reasoned, well researched arguments can persuade them to at least accept my reasons for making these choices even if it doesn’t affect their way of thinking.  And we keep ending up where we began – fists clenched, brows furrowed, check mate!

So here’s a typical profile of these types of friends – very traditional values, conservative outlook, relatively right wing, very proud of their ‘British’ heritage and way of life, not particularly comfortable with change, risk-averse, quite cynical of anything ‘newfangled’ or ‘progressive’ etc. They’re the ones who are very happy living within their comfort zones and are very wary of anything that lies outside of it.

The problem with this mind set is that it leaves very little room for intelligent debate, personal growth or fundamental change.   Of all the choices I’ve made in my life, nothing has made it more glaringly obvious which friends fall into which camp more unforgivingly than veganism.

So what are the similarities in attitudes towards veganism I’ve noticed amongst these friends:

– Questions without any real curiosity.  Asking lots of questions which have nothing to do with the question being asked and are meant purely to demonstrate their disapproval of vegan attitudes.  For example, yesterday I was asked whether or not I am careful about where I buy my coconut oil from.  This would ordinarily be an interesting question as it does pose lots of environmental problems, but the problem with this question was that the person asking had no interest in the answer and was purely trying to pick holes in the vegan diet.  So they are already decided that veganism is a nonsense without actually having looked into it in any detail whatsoever.

– Ignorance about veganism.  One particularly disapproving friend has a mother who has been vegan/vegetarian for years and admits that she’s never asked her why and she doesn’t actually know what veganism is.  She regularly offers me cows milk, yoghurt, cakes etc and  clearly doesn’t know what a vegan diet includes or excludes at all.  Which only frustrates me because without even knowing what it is she has such feelings about it – which makes no sense at all and hints at the real underlying issue here.  It’s nothing to do with ones choice to eschew all animal products and everything to do with ones decision to live via a different set of principles to the opens you’re been bought up by.

– How dare you change your mind!  One friend said to me ‘I just can’t understand how you can have grown up hunting, shooting and fishing and suddenly change your mind’.  Well of course I can – you grow up doing what you’re told and you only know what you experience.  It’s not until you develop your own thoughts about the world that you discover what your values are and of course sometimes these will be different to your parents.  What on earth is the point of having a brain if not to question things, to learn, develop and grow as a person?  That should be the ultimate aim of a parent should it not?  To raise a child who is confident and curious enough to question, thoughtful enough to think, brave enough to explore, courageous enough to change?

– Another newfangled fad?  Another friend recently made a very sarcastic comment, saying ‘Oh sorry, I forgot, now you don’t like hunting – I really must try harder to keep up’.  The implication being that I am someone who chops and changes and is fickle-minded on these matters which is entirely unfair and untrue.  This demonstrates her discomfort with my changing values and she has somehow taken it personally that I no longer feel the way I used to about certain things we used to share.  I think this is at the crux of a lot of this ‘angry reaction’ – people who you have grown up with and with whom you’ve shared so much, find it particularly difficult to accept your changing values.  They feel that you are somehow rejecting the past and disrespecting everything that you once held in such high regard.  Which really isn’t true.  I understand entirely why I felt the way I did – just as I understand entirely why I feel the way I do about things now.  All of my thoughts, views, opinions are shaped by what I’ve seen, learned and experienced.  Nothing more and nothing less than that.  And to suggest that it is anything personal is just total toffee!

So how best to handle these firendships as they struggle to find their feet again on new ground?

The impossible thing is that you can’t discuss the real issue here because that would involve admitting that it actually has nothing to do with veganism and everything to do with you growing as people in different directions and not knowing what that means for the future of your friendship.  Friendships are built on shared experiences, shared values, understanding and loyalty.  Some will weather many a storm and some will sink.  Perhaps only time will really tell but in the meantime there are several things we can do to try and maintain as strong a foothold as possible:

– Reassure these friends that you are still the same person – you just make slightly different choices when it comes to what you consume now.

– Reassure these friends that you really are not judging them.  These are your choices and yours alone and you only arrived at these choices after carrying out a huge amount of research and finding out things that you’d never even suspected.  So why would anyone else feel the same way you did if they hadn’t read/seen/learned what you have?  You certainly don’t expect anyone else to change over night just because you have.  Remind them that you ate exactly what they are eating very happily for 30 odd years (or whatever it was!) so you are in no place to cast judgement on anyone else.

– If they do ask questions, show that you appreciate their curiosity and try to engage with them and answer without being patronising, dismissive or emotional.  Keep it light and if it looks like it’s getting heavy, suggest that you ping them some links to documentaries, books, websites etc that will explain it far better than you can!

– Remember that this is their issue and not yours.  Their anger at your decision to be vegan has nothing to do with the reasons why you’ve decided to be a vegan and everything to do with their struggle to accept that it is nothing personal – it is not an indictment of your friendship or a judgement on them as a person.  Hopefully once they see that you still value their opinion, respect their views and cherish their friendship, they will be able to accept your choices without feeling threatened or judged by them.

– Give it time. The first few times you hang out together are always the hardest.  Once your friends can see that this isn’t a passing fad or some pretentious thing you like the look of but don’t really understand, they will slowly begin to accept it whether they agree with it or not.  The trick is not to let it derail your friendship in the interim!

One thought on “Why so angry…?”