I may have discovered the best green smoothies recipe. Well I haven’t discovered it, The Minimalist Baker has. Here it is – http://minimalistbaker.com/my-favorite-green-smoothie/

I used frozen strawberries and raspberries and also added in a tbsp of chia and a tsp of spirulina and wheatgrass. The peanut butter disguises their flavour perfectly and it just tastes like a creamy bananaey peanut butter milkshake.

All three girls nailed it for brekkie too which is the ultimate green smoothies test.

Skool of Vegan is a new initiative aimed at trying to get people to look at their eating habits and attitudes towards animals in a more critical way.  Their mission statement is: ‘Because making the connection is child’s play’.   It certainly makes for some uncomfortable reading and I admire their original approach.  Whether you like the drawings or not its hard to deny the underlying truth and i think they do a good job of highlighting the hypocrisy and inconsistencies of what we teach our kids.  I think it’s probably a little too heavy handed for most people’s taste and therefore I doubt they will reach people in the way they’d like to.  Perhaps a less aggressive tone might have spoken to more people…?  What do you think?  Here a few…

The following article was published by the Daily Express on Feb 23rd 2015.  Thought it was worth sharing as is always interesting to hear other people’s stories, how they came to veganism, what they struggle with, what their advice is etc…

Veganism is a big trend for 2015. Beyoncé announced recently that she is launching a vegan food delivery service and she is just one of many celebrities who have decided to cut animal products out of their diet completely.

For healthy living guru Angela Liddon however, going vegan wasn’t just a celebrity fad. Instead she says that after years of suffering from an eating disorder, it gave her life back to her.

Angela’s problems started when she was just 11.

“When I hit puberty, I started to get curves and gained a bit of weight. I felt I wasn’t thin enough like the girls in fashion magazines so I started to diet,” she explains.

Starving herself for days on end, then binge eating, Angela, now 32, fixated on how much fat she was eating and the amount of exercise she could do.

“Even though I was very thin my body image was worse than ever. I thought that by losing the weight I would accept myself more but found I only became more critical of how I looked. It was a vicious circle,” she says.

It wasn’t until Angela was in her mid-20s that she decided enough was enough. “I was sick and tired of feeling sick and tired. I lacked energy in my day-to-day life and I desperately wanted to change,” she says.

“My eating disorder also negatively impacted on my relationships as it made me insecure, moody and withdrawn. I knew something needed to give if I was going to have healthy relationships in my life and most of all learn how to accept myself.”

After hearing about how healthy a vegan diet can be she decided to try it out for herself. Soon, she was hooked.

“Eating a balanced plant-based diet gave me so much energy straight away,” she says. “I felt happier, balanced and like I could accomplish so much more. It was a revelation.”

Inspired by her new lease of life Angela, who lives in Ontario, Canada, decided to start a blog to share her struggles with food and how going vegan had turned her life around.

After its launch in 2008 she was inundated with messages from readers. “I was amazed and humbled by all the people who wrote saying that my blog changed their life,” she says.

During the past six years she has created more than 600 vegan recipes and built up six million regular readers. Now, as she launches her first cookbook, Angela says she hopes her journey eating her way back to health will continue to inspire others to go vegan too.

The Oh She Glows Cookbook by Angela Liddon, published March 4, (Penguin, £16.25) is available from amazon.co.uk

Set aside time each weekend to prepare food for the week ahead. Roast a couple of pans of seasonal vegetables, soak and cook chickpeas and prep kale and homemade dressing for salads. This will make throwing together weeknight meals much easier.

2 DON’T WORRY ABOUT OTHERS

If you want to make changes, do so for you and you alone. Don’t let outside opinions put you off. You never know, if you feel good, look healthy and your skin’s glowing others may want to do it too.

You’ll feel your best if you get at least 30 minutes of exercise a day. It can be as simple as walking outdoors but make sure whatever it is you enjoy doing it. Mix it up to keep it interesting. Try indoor cycling classes, brisk hill walking on the treadmill, weights and hiking.

Skipping breakfast is never a good idea as you’ll end up starving by lunch and over-eating. If you want something light have a green protein smoothie or a bowl of vegan overnight oats.

Depriving yourself will only make you want something more. Therefore include room for desserts and treats in your diet, in moderation of course.

SMART SWAPS TO BOOST YOUR DIET

Try: Almond milk. Choose the unsweetened kind and use it where you would normally use cow’s milk.

Try: Full-fat coconut cream. You can whip it just like you would regular dairy cream. It’s great in desserts, puddings, soup and more.

Try: Virgin coconut oil. You can use coconut oil in just about everything from raw desserts to baked goods to stir-fries.

Heart-healthy, it has antifungal and antibacterial properties. However if you’re not a fan of the flavour you can use refined coconut oil.

So I am feeling very spoiled indeed as Ed has just been given a Vitamix Pro 300 for my birthday!  I have wanted one for ages but couldn’t ever justify the eye-watering price tag.  But when you add up the cost of your magimix, juicer, ice cream maker and then add on the number of days of your life you will save because the Vitamix is so insanely quick and efficient it is mind-boggling – and you can somehow arrive at a point where £600 on a bot of kitchen kit seems like rather good value….!

Anyway… this is my new love: 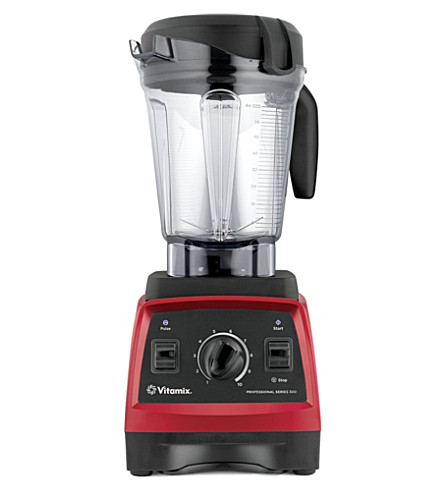 I love her at least 3 times a day and sit and admire her for the rest… She makes my morning juices, my evening hot chocolates, my lunchtime soups, my curry sauces, my pestos, my hummus, my ice creams, my milkshakes, my smoothies, my sorbets, she is amazing!

The biggest advantage she has over previous lovers is her speed and efficiency.  She is so easy to clean that it never puts you off as it did with the juicer and the magimix.  So you don’t find yourself making a cup of tea every morning instead of the  healthy green juice you promised yourself but now can’t be faffed to make.  I love that there is zero waste with new lover.  Everything goes in, apple cores, pineapple cores, lemon and lime rinds, nuts, seeds, you name it.  And to be able to make fresh, piping hot soup in just 5 minutes is just amazing!

So to anyone hesitating over whether to get one or not – I say go for it!  Even if you have to live on baked bean puree for a few months – it’s worth it!

I made this vegan torte last night and have just had a slither and I can safely say it is the best vegan dessert I have ever made and possibly ever tasted.  It’s dead easy to make, looks impressive enough … Continue reading →

Here’s a super quick, easy, cheap and healthy vegan fry up I made this morning to lure everyone out of bed on this fararararareeeeezing February morning.

Garlic mushrooms, plum tomatoes and fresh spinach on toast. Sprinkle some pine nuts, coriander and fresh chilli on top for a bit of zing.