Skool of Vegan is a new initiative aimed at trying to get people to look at their eating habits and attitudes towards animals in a more critical way.  Their mission statement is: ‘Because making the connection is child’s play’.   It certainly makes for some uncomfortable reading and I admire their original approach.  Whether you like the drawings or not its hard to deny the underlying truth and i think they do a good job of highlighting the hypocrisy and inconsistencies of what we teach our kids.  I think it’s probably a little too heavy handed for most people’s taste and therefore I doubt they will reach people in the way they’d like to.  Perhaps a less aggressive tone might have spoken to more people…?  What do you think?  Here a few…

Next time you eat a piece of meat, take a moment to think about the fact that it had a mother.

If it’s pork you’re eating – think about that piglet being removed from it’s mother within just a few days of being born and slaughtered within 3 – 6 months.

If it’s lamb you’re eating – know that it was removed from its mother within a few months of being born and killed within 3 – 10 months.

If it’s chicken you’re eating – know that it was never even allowed to meet it’s mother and was killed within 6 weeks of being born.

If it’s beef you’re eating – know that they have been slaughtered within just 1 to 2 years.

If it’s dairy you’re eating, know that the calf which this mother had to bear in order for you to steal and consume her milk, was taken away within the first 2 days of its life and either shot or slaughtered at 16 – 20 weeks for veal.

And if this thought alone doesn’t make you reconsider eating meat then please take a long hard look at these photos and ask yourself how you can possibly justify stealing any animal’s young away from them for the brutal and shameful act of slaughter, merely because you like the way they taste.

Another week, another horrific undercover video revealing the horrific abuse and cruelty that goes on in many dairy farms around the world.  This was taken by a mercy for Animals undercover reporter who got a job at a dairy in New Mexico for several weeks.   It shows workers punching, kicking and whipping cows and shocking their genitals with electric prods, tossing calves into truck beds, using heaving equipment to force sick animals into confined spots and committing other types of abuse.

It’s not easy to watch but I think it’s really important that people are made aware of what goes on behind closed doors.  People cannot be held accountable for financing these industries if they are not made aware of what it is they are directly supporting.  Most people have no idea of the cruel practices that go on in the agricultural sector.  I certainly didn’t until I undertook my own research and I am convinced that as soon as people are made aware of the horrific acts of animal abuse that are so endemic on factory farms around the world, they will stop consuming their products and lining their pockets.  Unfortunately the industry is obviously going to do everything in their powers to keep this out of public view and, such are their lobbying powers, so too are governments.  So it is left up to animal rights activists, animal welfare groups and charities to do whatever they can to raise awareness and educate people as to what kind of practices they are unwittingly supporting and therefore responsible for.  It is unfortunate that people have to deceitfully pose as employees whilst secretly filming goings on, but there is no other way of showing people the truth.  If these kinds of videos don’t make people immediately stop eating these dairy products, at least at the restaurant chains that they know these dairy farms supply, then I honestly don’t know what will.

Even if you choose to believe what Tim McIntyre, vice president of communications for Domino’s, (Leprino Foods biggest client, supplied by this dairy amongst many others), says and believe that this is an ‘isolated case of sadistic acts by employees at a single dairy farm in southern New Mexico…’ (which endless undercover footage has sadly proven to be untrue – in 2010 another Mercy for Animals undercover investigation gathered similar footage at Willet dairy in New York, also supplying Leprino Foods.  They were closed down for a few months and reopened a year later when the bad press died down.  Another video was released showing appalling abuse at a beef farm, Bettencourt Farm, in 2012, one of Burger King’s biggest suppliers – yet no arrests were made and people still eat at Burger King…) then just the faintest possibility that this might not be the case would surely get anyone questioning whether or not subscribing to this industry is at all ethical or necessary.  At the very least this should stop you eating at any of the chains that are supplied by this dairy – Domino’s Pizza, Papa John’s and Pizza Hut for starters.

Or if you want to tell yourself that these are just a bunch of evil people getting sadistic kicks out of abusing innocent vulnerable animals and this is absolutely not your typical dairy industry employee, then read the book ‘Slaughterhouse’ by Gail A Eisnitz.  Gail interviews dozens and dozens of employees working in dairy farms and slaughterhouses across the US and these personal accounts of what really goes inside those walls will leave you feeling sick to your stomach that you have ever bought and eaten meat that has been processed in factory farms.

or if you tell yourself that you don’t buy meat that comes from factory farms then ask yourself where the lamb in your Cornish pasty has come from or where your service station chicken salad sandwich came from, or where your beef stock came from, or the milk in your hot chocolate powder or cadburys flake… There are animal products in so much of what you eat.  Way beyond the joint of expensive beef you might buy for your Sunday Roast.

And even if you do tell yourself that this kind of cruelty is limited to factory farms far far away from your table, then look at the zillion other reasons you shouldn’t be eating animals.  Start with the environment, then look at the ethics of eating an innocent vulnerable animal that you have absolutely no nutritional need for and then look at the enormous health benefits of an animal free diet.  The arguments are so obvious, the evidence is so resounding – the only way you can continue to consume and wear animal products is if you choose to deceive yourself.  And at the back of your mind, you know you are lying to yourself and you have to live with this niggling nugget of knowledge that you are part of this horrifically cruel, unnecessary and evil practice and you really should have had the balls to do something about it.  One day your grandchild will ask you – what did you do when you found out about the abuse and cruelty?  You stopped eating animals right and tried to get others to stop too?  Yes?  Right?

People cannot continue to turn a blind eye any longer.  People can no longer ignore the elephant in the room.  Even if you believe that there is such a thing as ‘humane slaughter’, producing meat on the scale that we are today cannot be done ethically or humanely.  Commodifying animal products in this way inevitably leads to enormous numbers and tiny profit margins.  Every penny is squeezed out of every animal and profits are driven through unethical means – mass scale production with more animals squeezed into smaller spaces, more gallons of milk squeezed out of mastitis engorged udders, animals being stuffed full of unnatural animal feed and dosed up on antibiotics, fattened obscenely quickly, slaughtered at a desperately young age and sold at a cheaper and cheaper price etc etc. 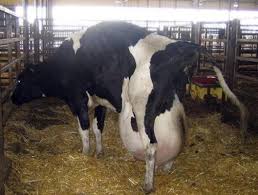 The greater the demand for food the more corners are cut and not only do the animals suffer appallingly but so we do as the cholesterol pours through our veins and blocks our arteries, raises our blood pressure, brings on heart disease, cancer, osteoporosis, diabetes, the list is endless!

If you don’t believe me go and do some research.  It’s like opening Pandora’s box.  Before you know it you’ll be glued to your computer with your jaw on the floor amazed at how something as ‘normal’ as eating meat, dairy and eggs can make you partly responsible for such horrific acts of violence and cruelty.

Trust me.  Do some research and see what you discover.

I try not to post any video that are unnecessarily brutal, shocking or upsetting as no one wants to see those – meat eater or not. Here is a thoughtful video which isn’t remotely shocking. Just talking you through the life of a dairy cow.